Smile at Work Winner of Team Building of the year in the Global 100!

A few weeks ago, we've received the great news that "Smile at Work" had been nominated as the best Team Building of the year in the Global 100
We have now received the even more wonderful news - along with the Award - that Smile at Work have been chosen as the Best Team Building of the Year - Global!
The Global 100 consists of 100 different categories, with votes from readers in over 163 countries around the world.
So proud and grateful for the trust and positive feedback from the clients who have booked one or more laughter sessions last year and years
A big boost to continue my mission, to let people (re)discover their laughter and to encourage them to laugh (even) more
A big thank you to all of you! 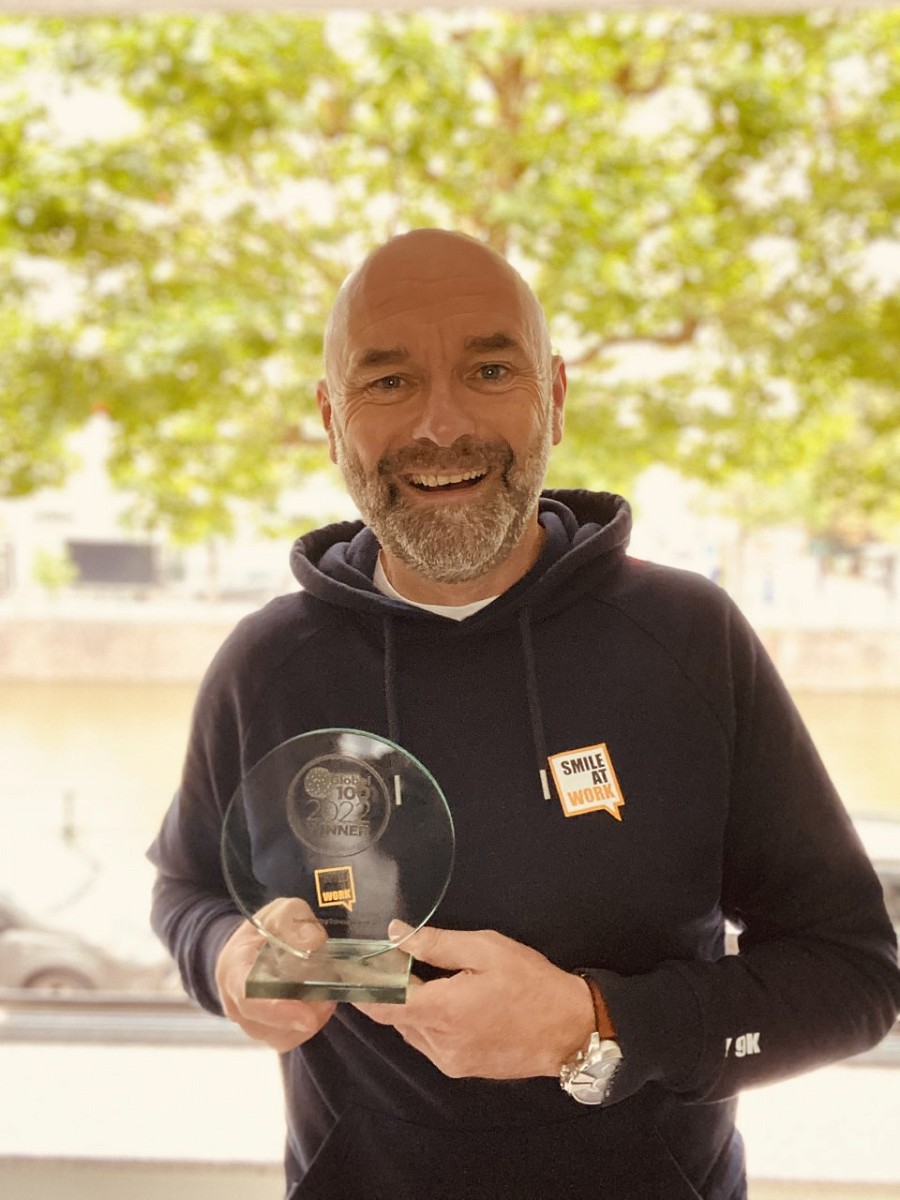 We have received the joyous news that “Smile at Work” has been nominated as Teambuilding Exercise of the Year | Global
The short list was compiled by 293.000 readers from 163 countries
We expect the results in the next coming weeks so in the meantime please cross your fingers! 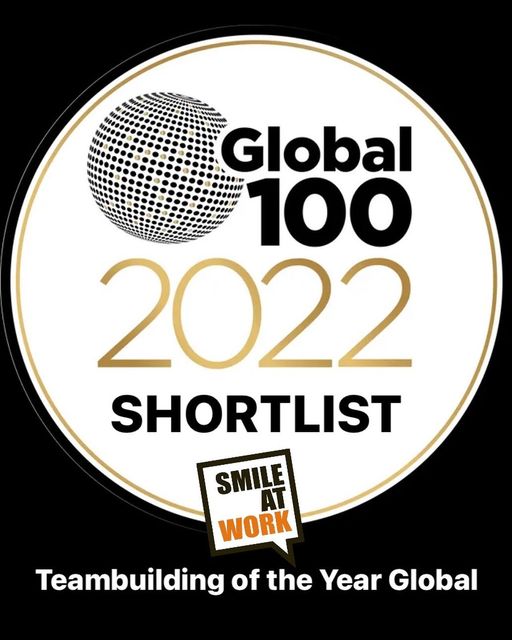 We had a blast!
During World Laughter Day, we laughed together under a bright sun in my beautiful hometown Ghent to call attention for more world peace and friendship.
A big thanks to all the participants and Zebrastraat, We Make You Happy en Haha by haha for their support! 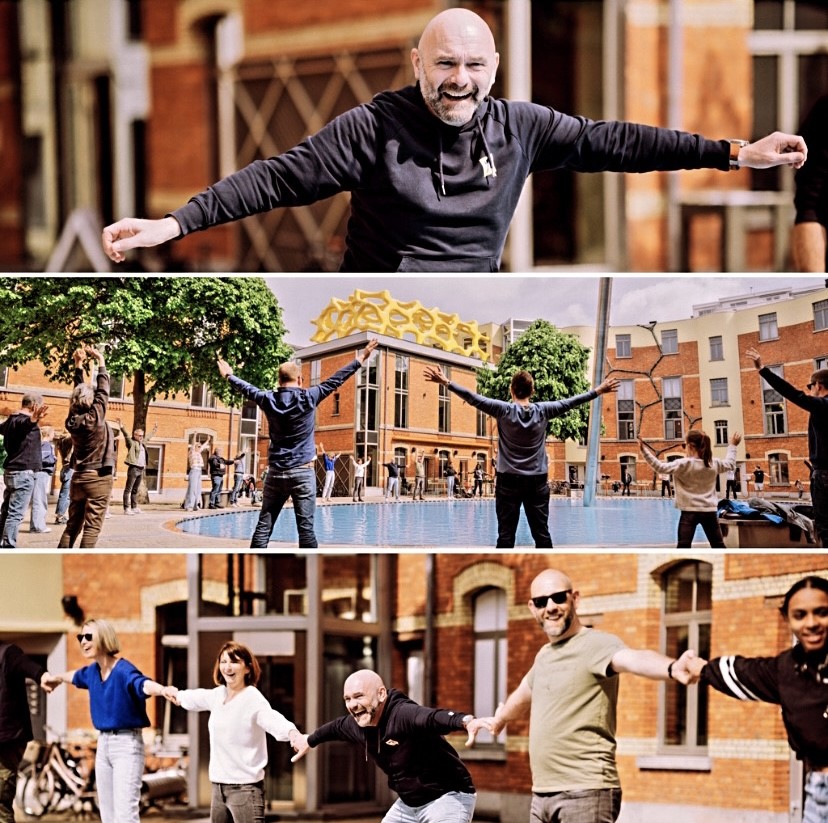 Very honored to be asked as Inspirational Guest Speaker for the French Laughter Congress on Saturday, March 19
Looking forward to it! 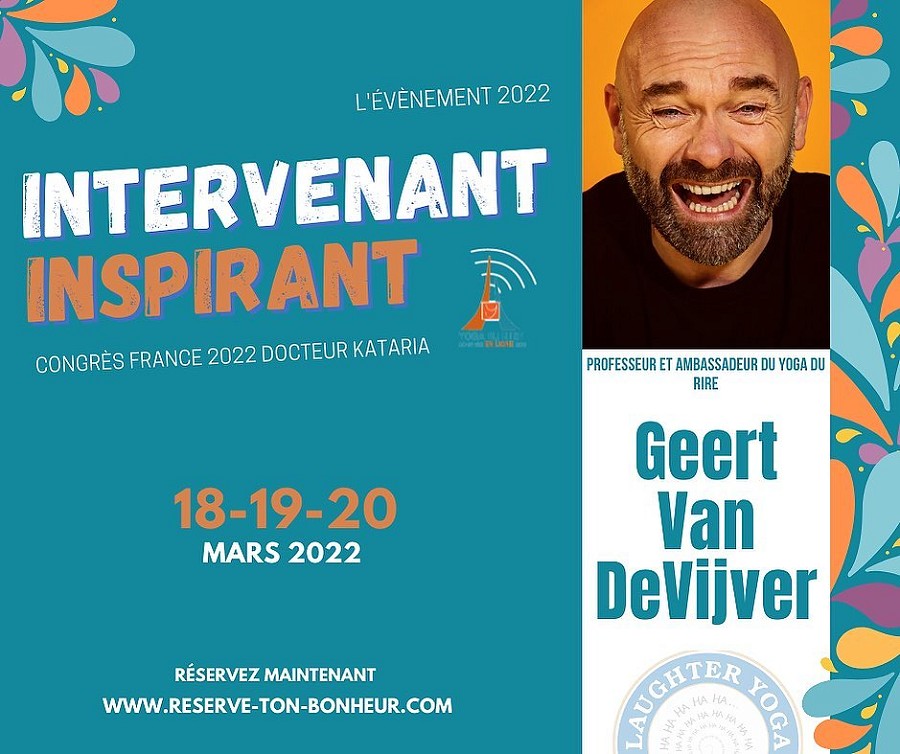 Compilation of appearances in the Belgian and Dutch media

We've had a blast!
Great and positive laugh vibes at the closing event of PepsiCo's Smiles Week during the webinar at Semifest Studios in Amsterdam.
Perfect and very professional approach!
Thank you so much for this opportunity and invitation! 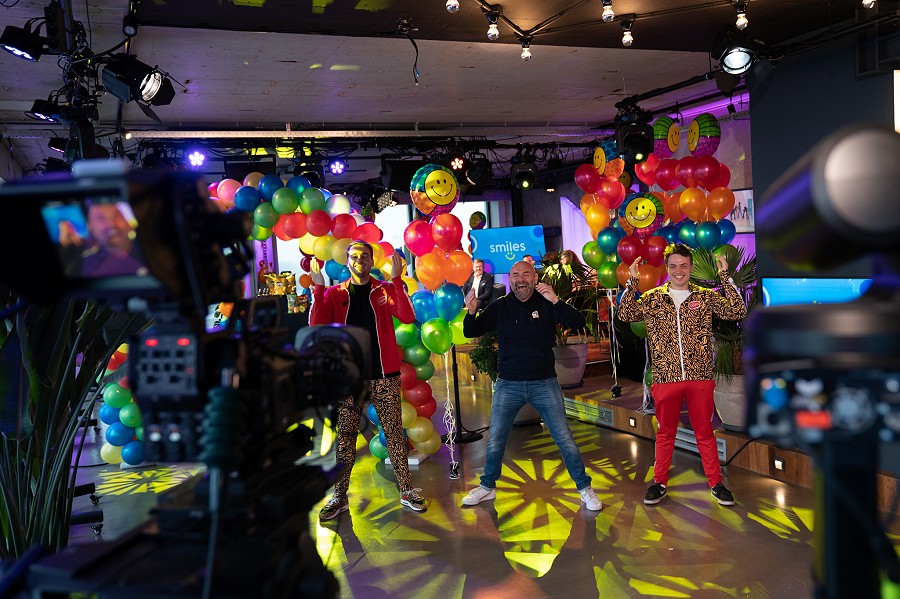 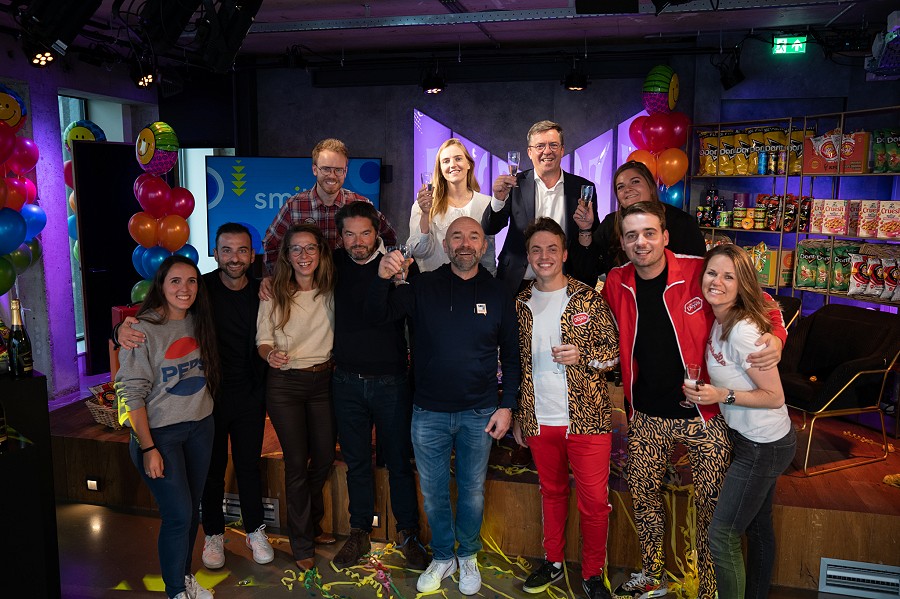 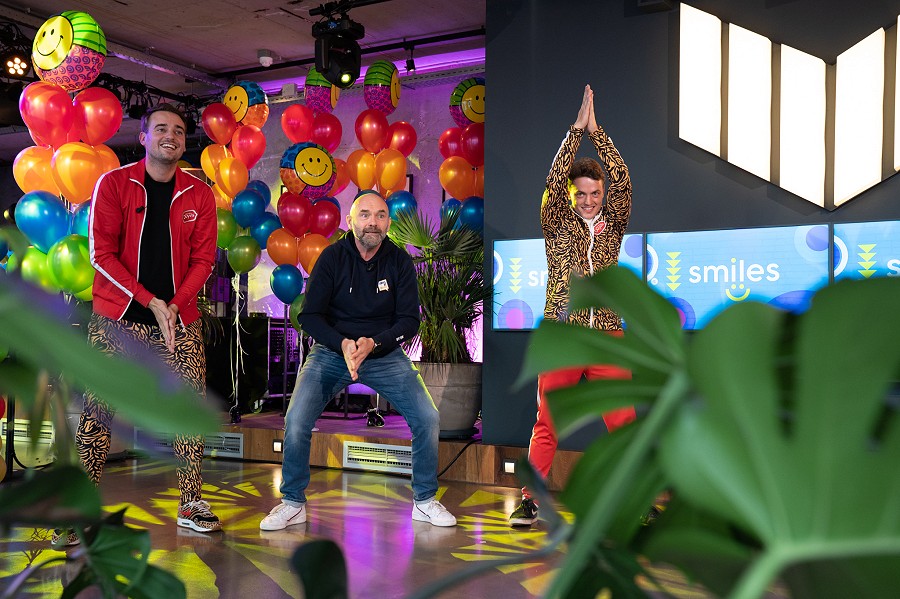 I'm so excited to announce that “Smile at Work” won the CorporateLiveWire Innovation & Excellence Awards 2021 within the Category "Teambuilding of The Year"!

The Innovation & Excellence Awards celebrate and recognise businesses on a global level.
Who have excelled in the last 12 months whilst showing that they have been able to adapt and innovate.

The judging panel praised “Smile At Work” for continuing its important work throughout the COVID-19 pandemic.
"The business temporarily renamed itself “Smile At Home”, offering 30-minute online laughter sessions through Zoom. With such a vast majority of the population now working remotely, Geert recognised that many are at risk of feeling isolated. While online platforms such as Skype, Microsoft Teams and Zoom are often used in a professional capacity, Geert identified that they could also be used creatively for colleagues to take breaks and laugh together, connecting them even from a distance."

I couldn’t have achieved this recognition without YOU, customers, partners and (laughter) friends

So, thank you to every single one of you for your continued support me in this challenging and unusual year. 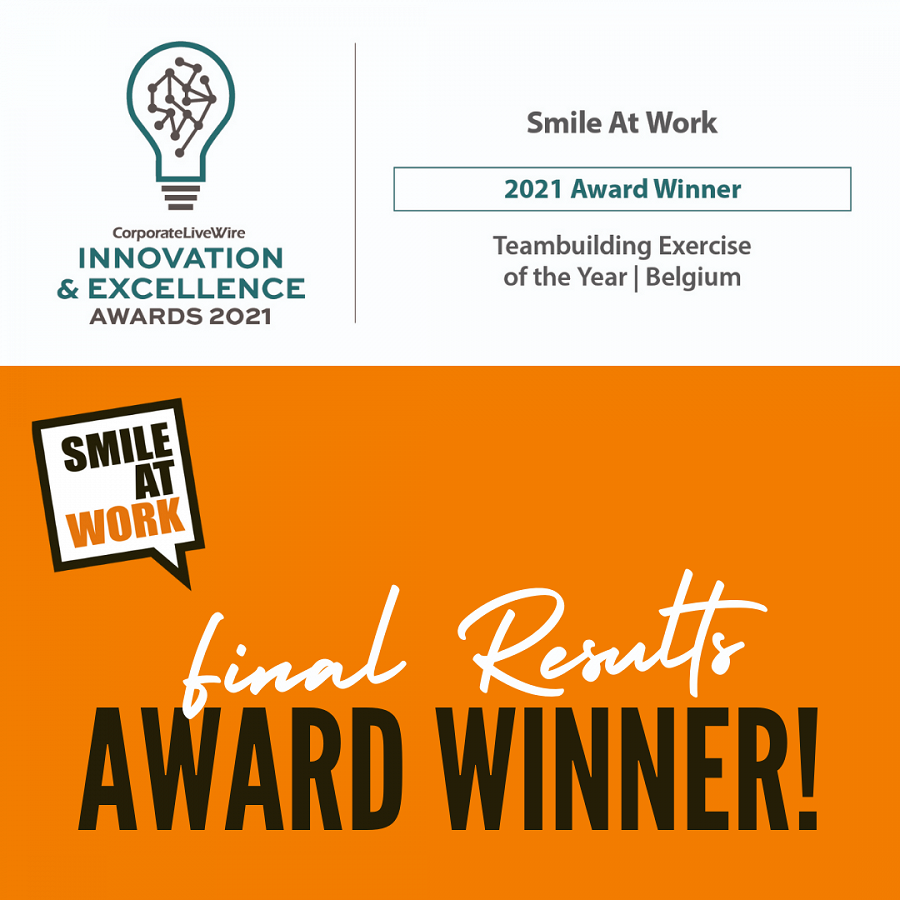 In action during an International - Covid proof - online Conference

We had a blast!
All credits to Stijn Vanderdeelen for the amazing and very professional photos!
With great pleasure I look back on a very successful online event organized for @projective group and by Goosebumps Events
From the many positive comments I received, I can tell that the participants really enjoyed the online laughter session

VTM news has made a reportage about the free online Laughter Sessions that Laughter Coach Geert Van De Vijver organizes every weekend during the Corona crisis.

So grateful for the nice and warm reactions I’ve received. It really stimulates me to keep on going during this difficult time. Stay Tuned and stay Safe!

During this bizarre Covid-19 period, companies and the events industry creatively look for solutions to provide a beautiful and relaxing moment for participants at home.
I had the honor of being a guest speaker at the stadium of my favorite soccer club in the Ghelamco Arena in Ghent.

Win an online laughter session with your colleagues!

Would you like to train your laughter muscles together with your colleagues, under the guidance of Laughter Coach Geert Van De Vijver?
Then register and stand a chance of winning an unforgettable half hour of entertainment!

On the road with "Iedereen Beroemd"

To cheer people up a bit on Blue Monday, Laughter Coach Geert Van De Vijver went with Iedereen Beroemd (Everyone Famous) on the road. And it was laughing, vultures, roaring!

Lachcoach Geert Van de Vijver organised a laughing session for the benefit of vzw De Sterre, a local not-for-profit organisation from Ghent that takes care of the mental and physical health of the child. "Laughing is very contagious. Seeing and hearing laughter, makes you laugh!

The funniest moment of De Warmste Week in Kortrijk. The conversation and especially the laughter with sports reporter Karl Vannieuwkerke and laughter coach Geert Van De Vijver from Ghent, in the action hangar on the Nelson Mandelaplein. "I have been a laughter coach for twelve years and give sessions at companies and events", says Geert Van De Vijver. "For the fourth time I did an action for charity with De Warmste Lach. I try to enthousiasm people with my... contagious smile", says Van De Vijver. After which the Gentenaar resounds his bulder smile and also Karl Vannieuwkerke can't control himself anymore. Enjoy, because laughter is very good for body and mind... 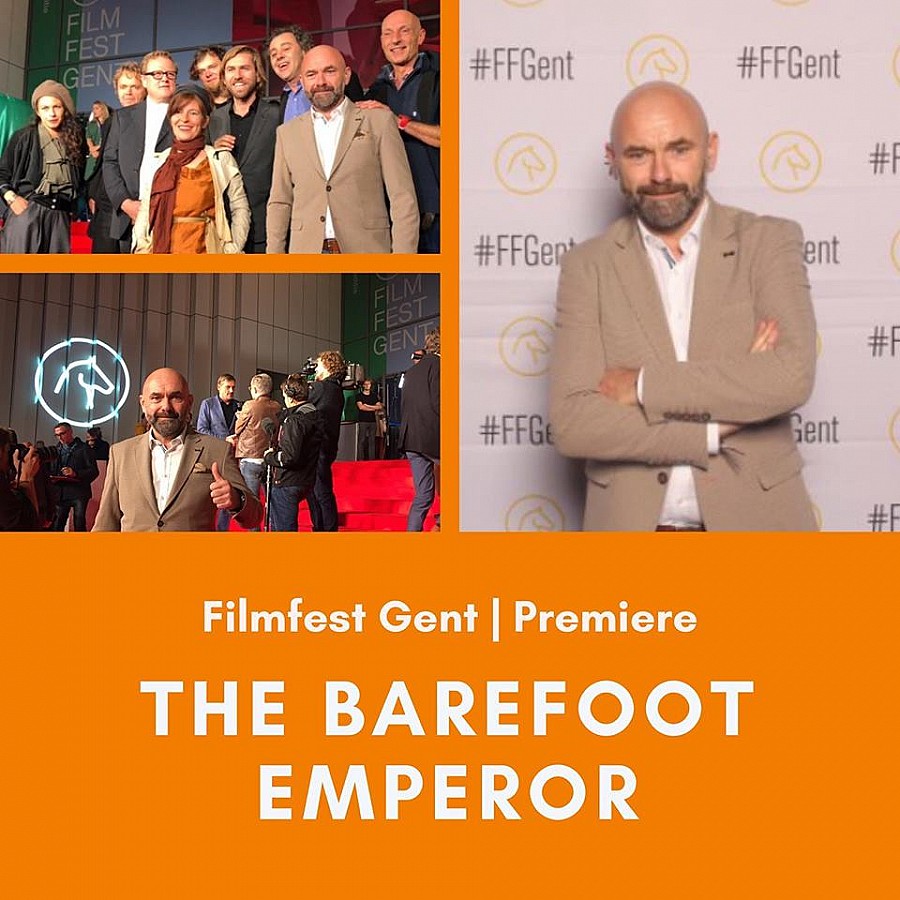 Great news and so proud to announce that Smile at work is nominated for the NN National Happiness Award 2019!
Final result october 15th 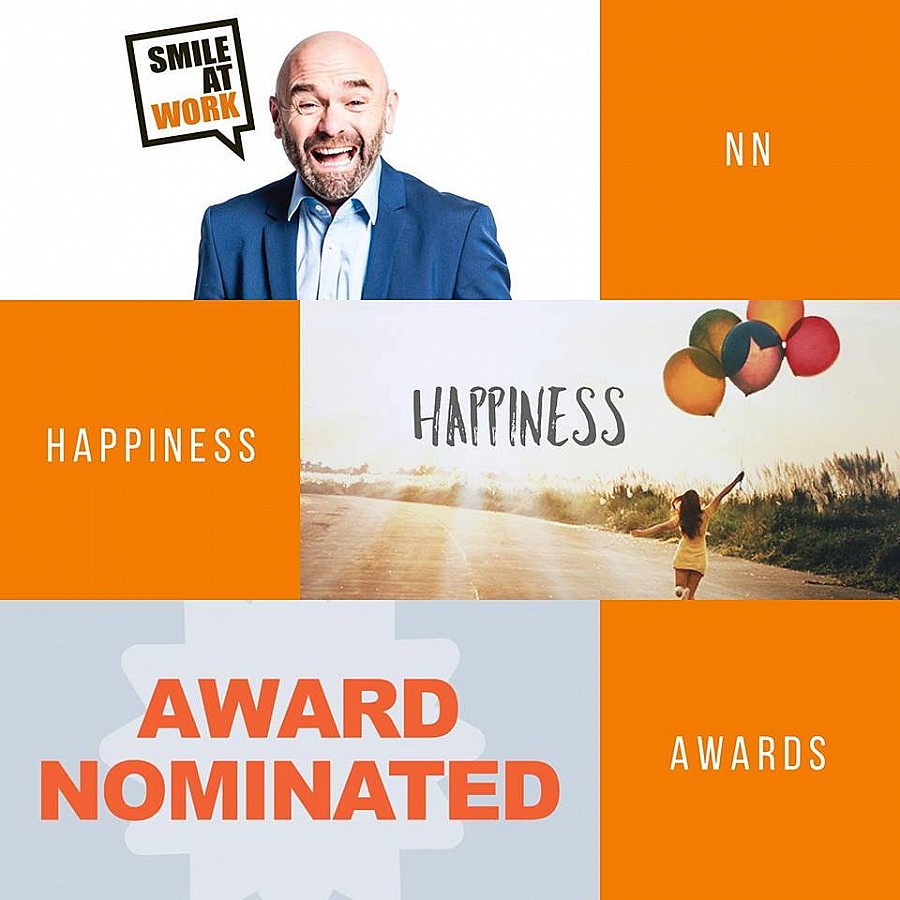 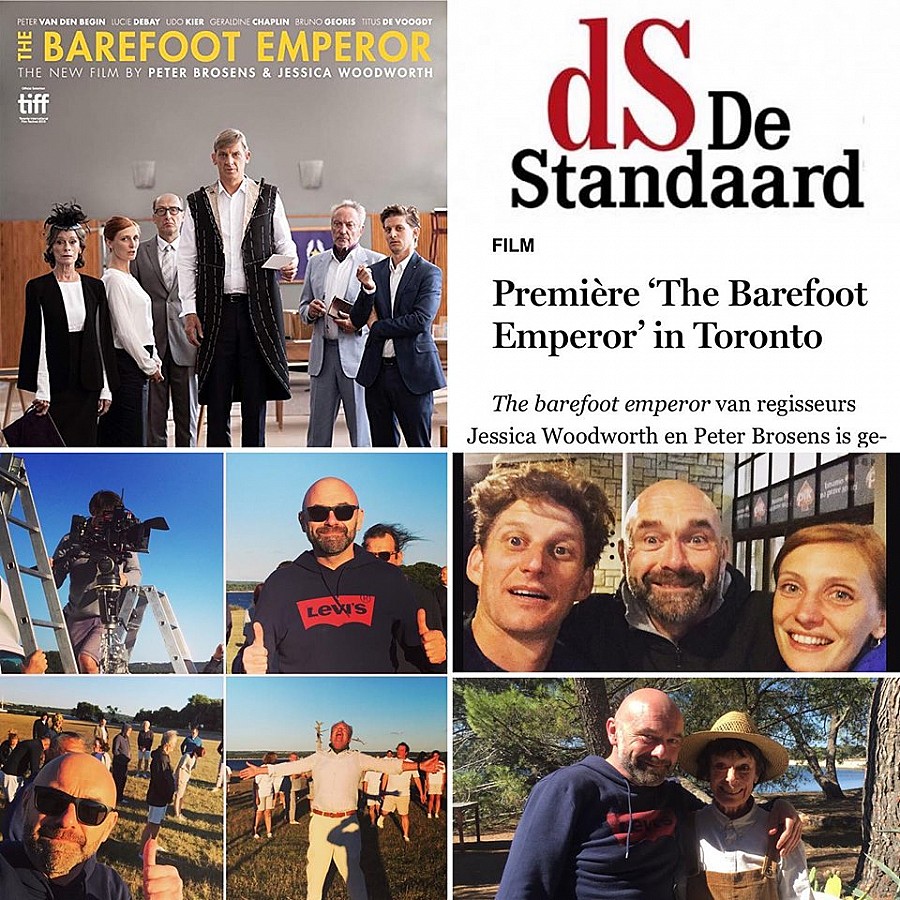 Saluti! Looking forward to the Laughter Congress in Italy

Saluti! Looking forward to the Laughter Congress in Italy 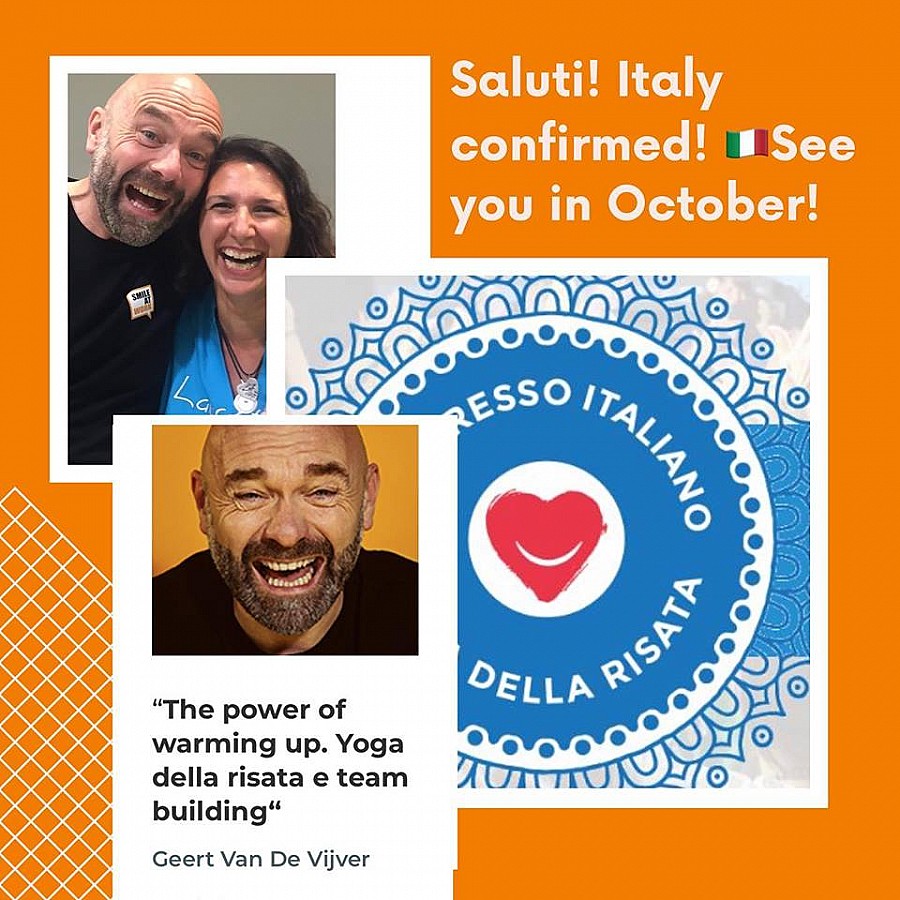 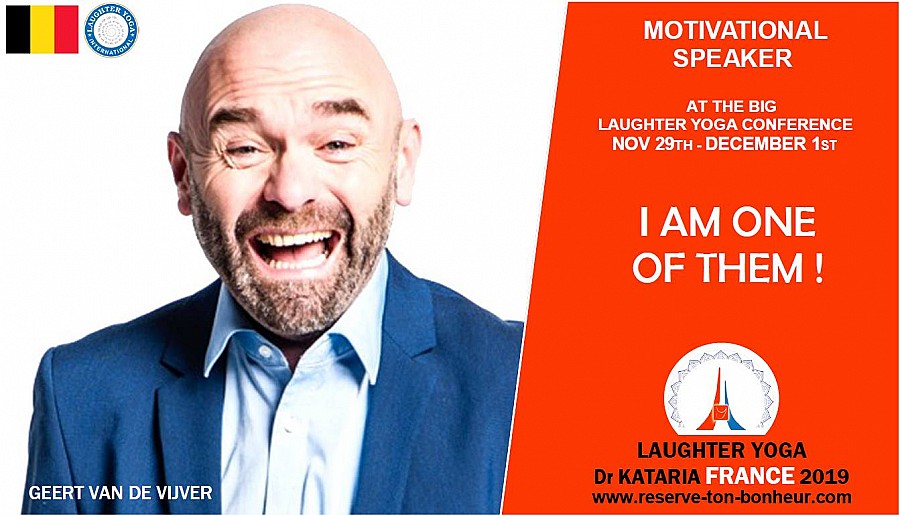 Super Sunday! Passed my exam after 1 year course and can proudly announce that I became a Certified Happiness Coach! 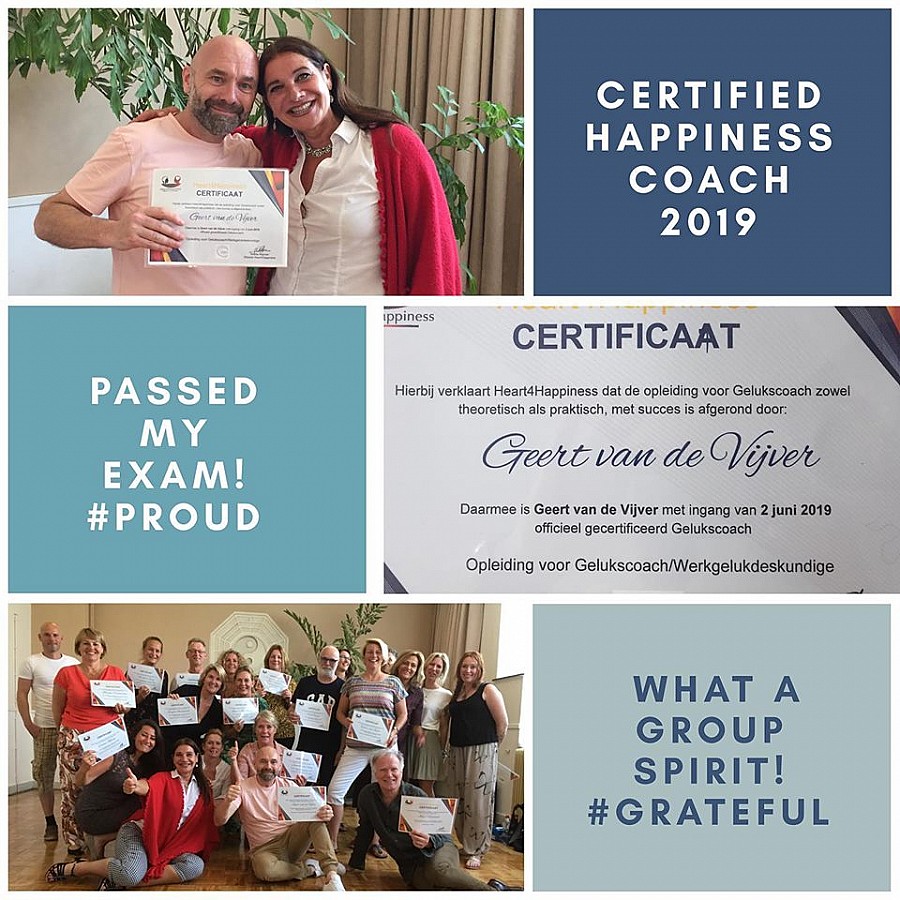 For a first film project to Croatia, super proud!

Laughter Coach Geert Van De Vijver was asked - to support some film scenes - to come to Croatia for the filming of The Barefoot Emperor ', the new film by Jessica Woodworth and Peter Brosens, The film is a sequel to the award-winning' King of the Belgians' and tells how the last King of the Belgians becomes the first Emperor of Europe. Peter Van den Begin once again plays the King, a starring role for which he received the prize for the best actor of the Actors Guild on the Flemish side, and won the Magritte for Best Actor on the French-speaking side. Recognition on both sides of the country, as befits a king. In addition to him Titus De Voogdt, Lucie Debay, Bruno Georis and Pieter van der Houwen are also present again. And this time, two resounding international names make their appearance in the film: Géraldine Chaplin and Udo Kier. Jan Decleir plays the role of Willy Brandt in the film. 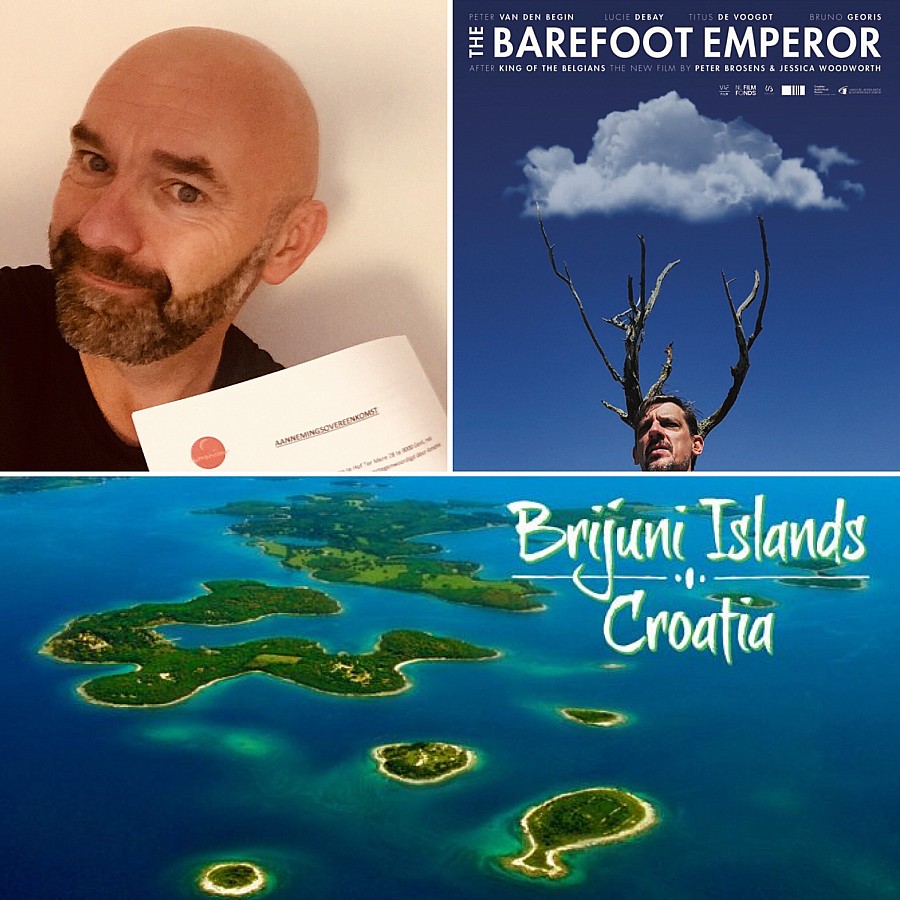 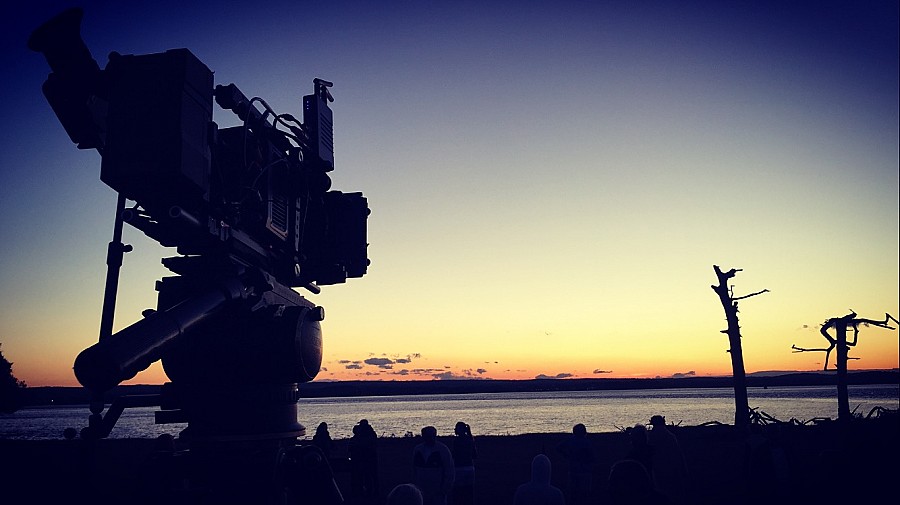 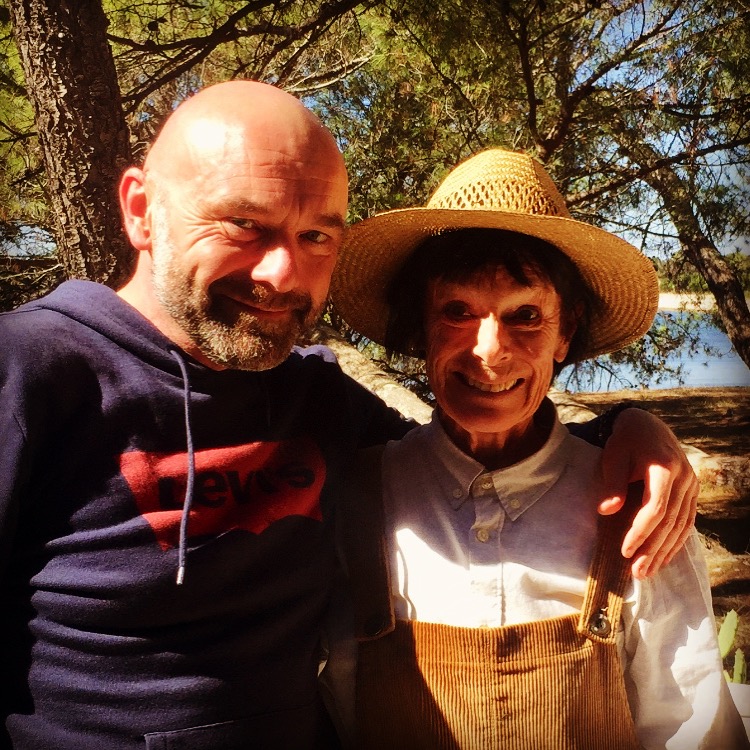 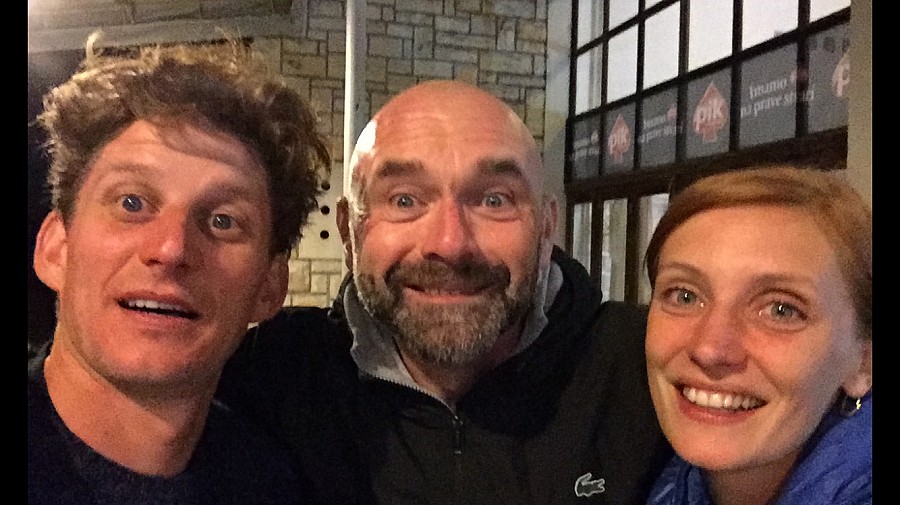 Invited at the International Laughter Congress in Italy

Laughter Coach Geert was invited to participate the Lachcongres in Rimini - Italy where he met many nice and laughing people.

It was also a great pleasure to see old friends again, like Dr. Madan Kataria and his wife Madhuri and many Italian friends such as Lara, Angela, Lucia, Andrea, .. 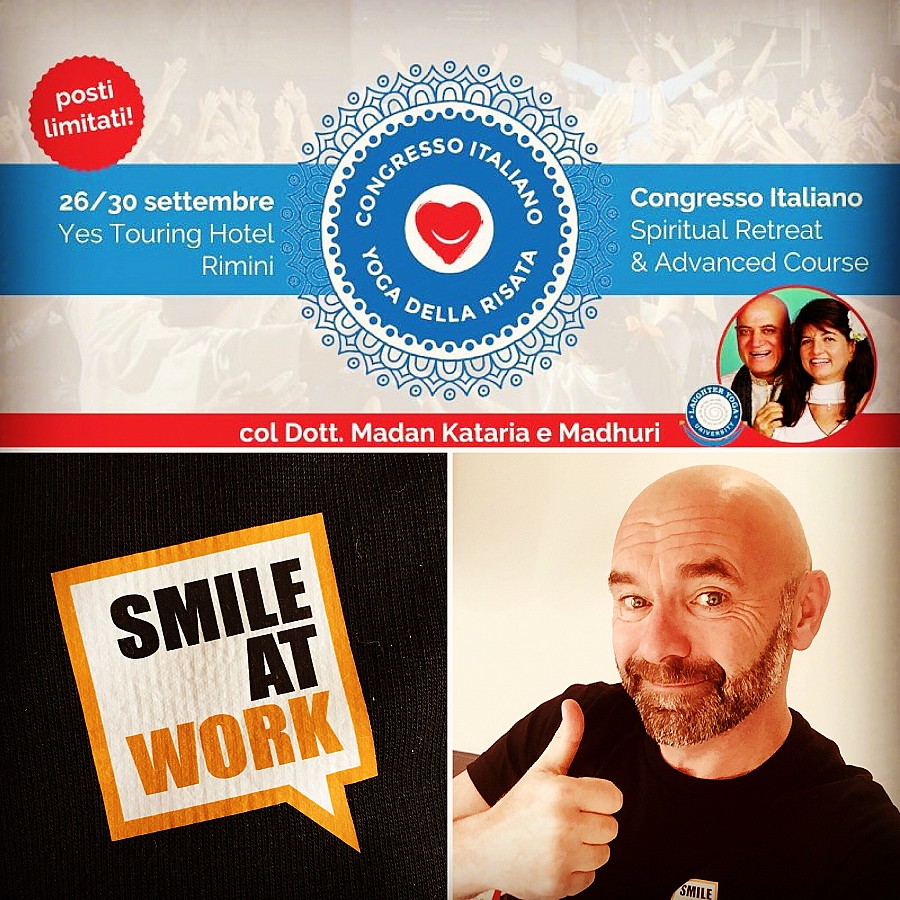 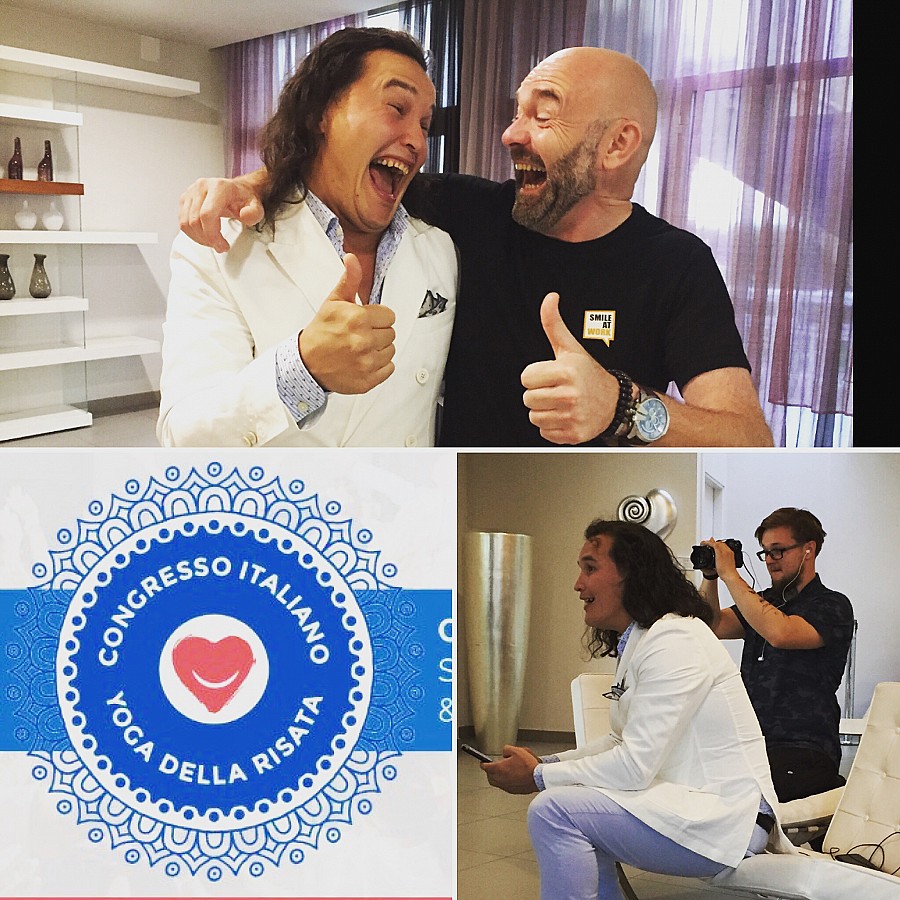 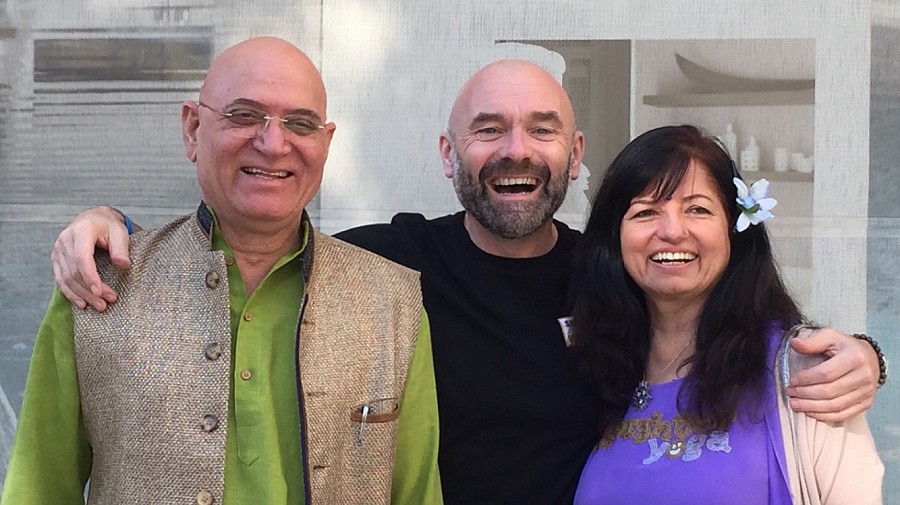 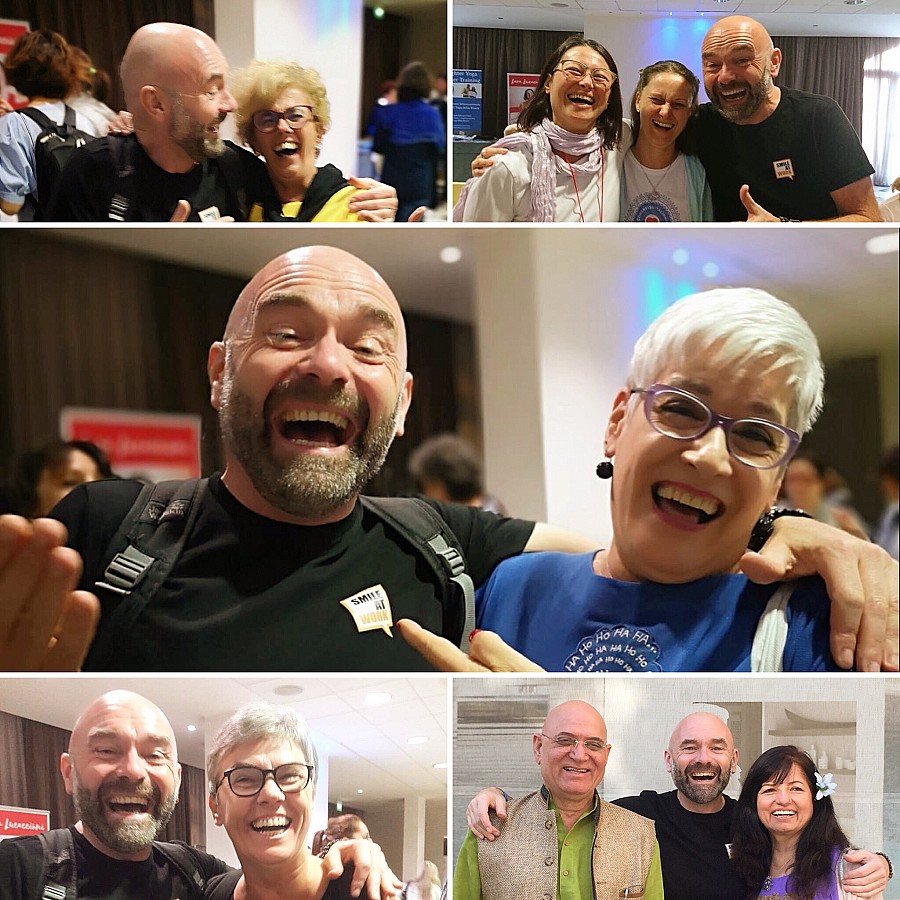 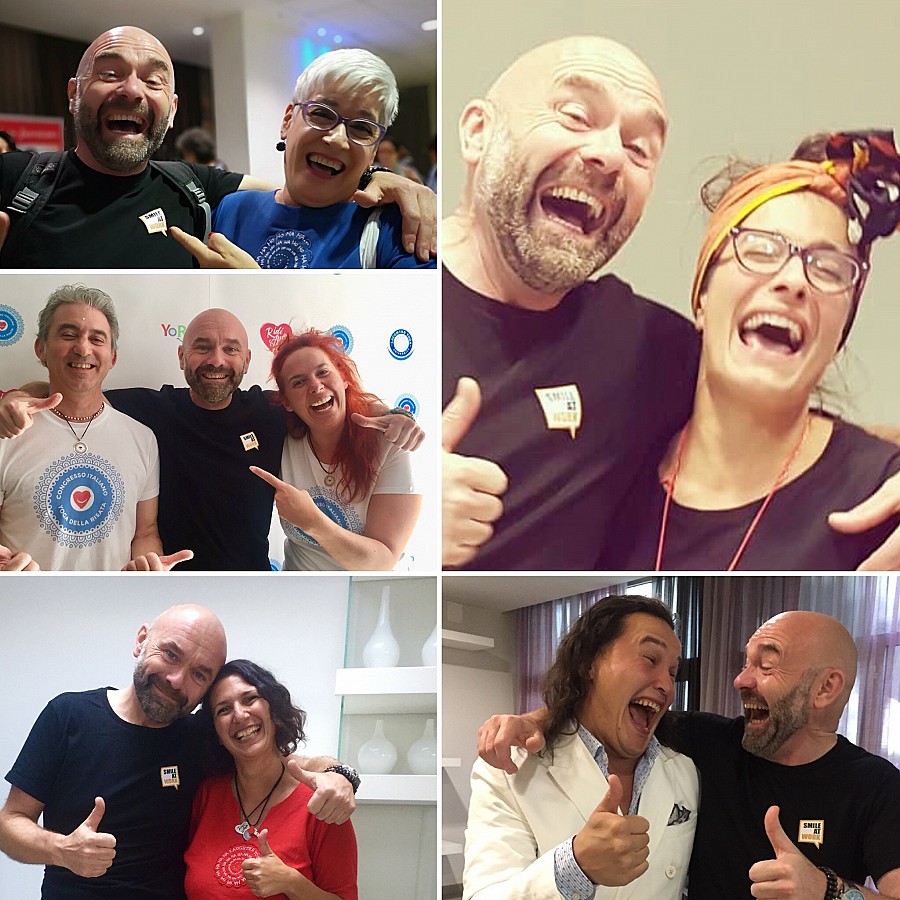 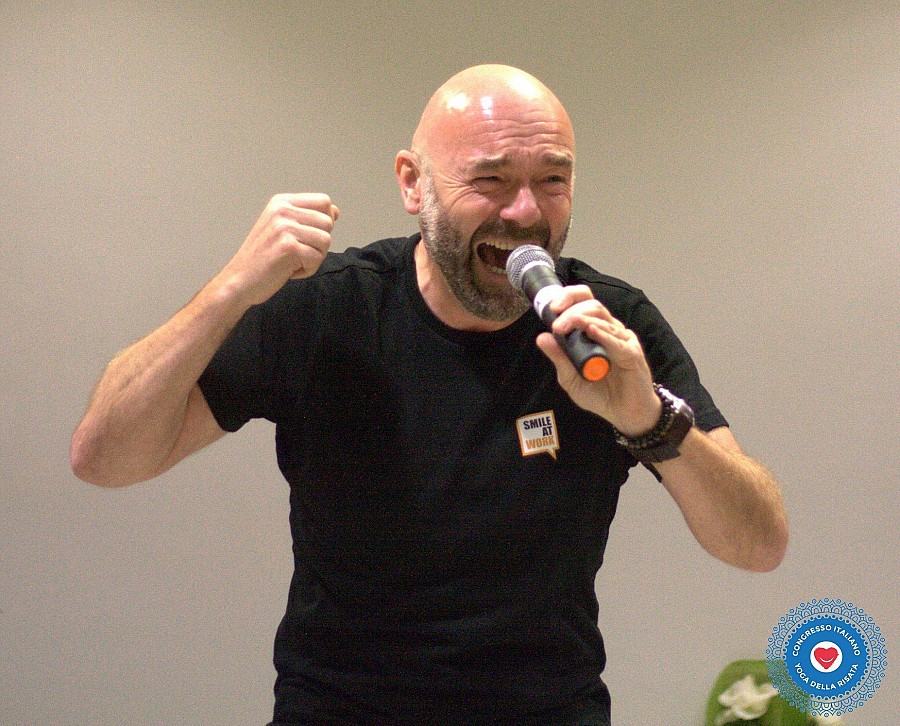 In June Geert was appointed as Laughter Ambassador of Belgium by Madan & Madhuri Kataria, the creators of Laughter Yoga.

For his dedication to promote the causes of Laughter Yoga. #proud 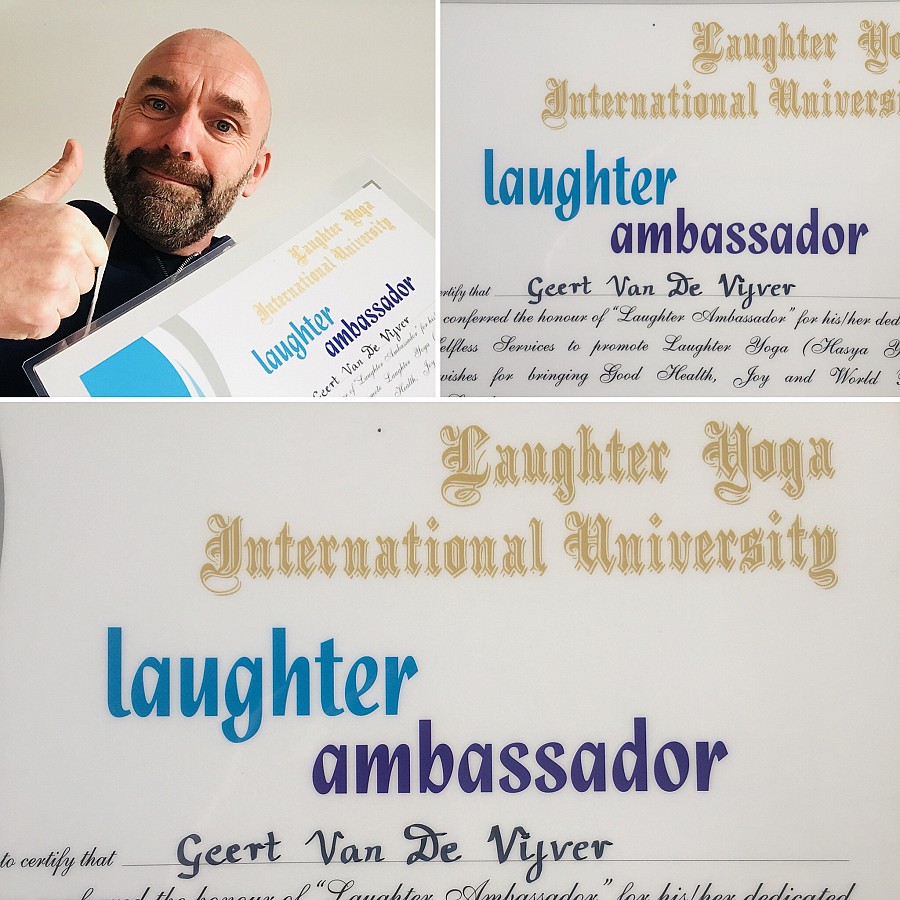 It was a great honor and pleasure for me to take part at the International Laughter Congress in Paris.

I have experienced many beautiful moments, in 2019 we will definitely go back! 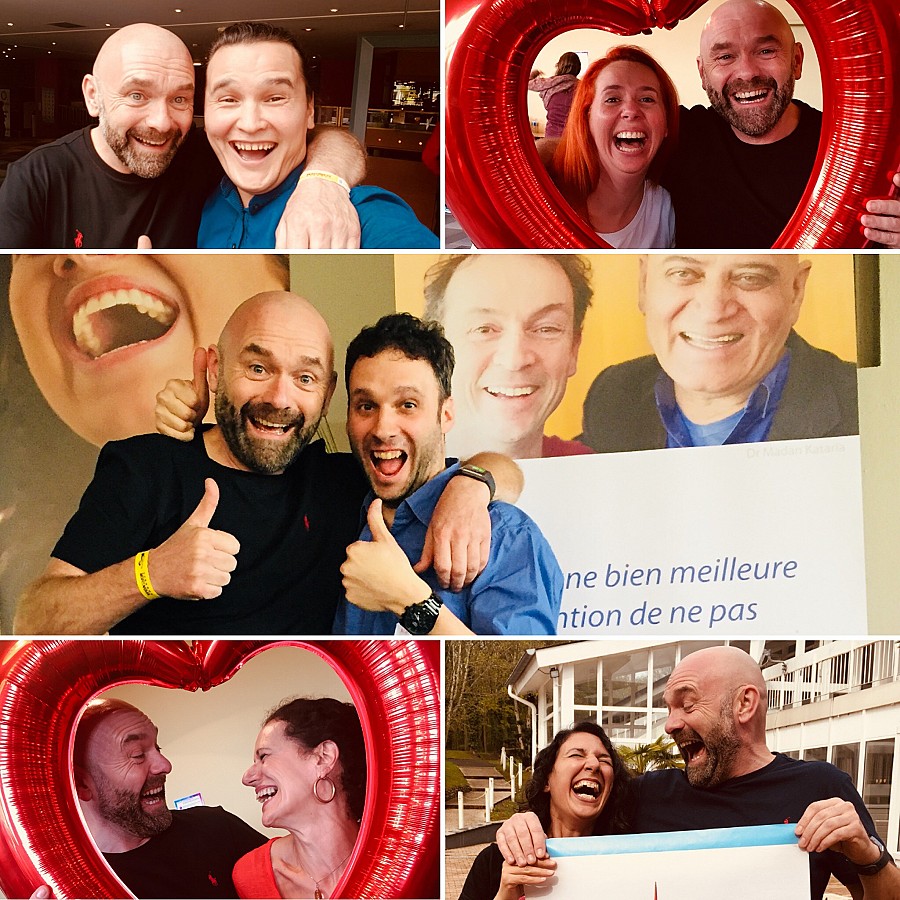 For one of the experiments in the Body of Coppens (broadcast Belgian television), Laughter Coach Geert Van De Vijver was invited to give a laughter session at night to Mathias Coppens who had to stay awake for 60 hours. And it was Fun!

Following on the Stress Awareness Day, Elias & Sarah of Q Music Lachcoach called Geert Van De Vijver to find out how laughing can help against stress and to find out the ideal laughter tip.

Service Plan Germany has asked me to give Laughter support in Munich for Saturn Germany's new advertising spot.
This is the result of a fascinating two-day with very nice people.

Lachgter Coach Geert Van De Vijver & Ant1 have been to Sam & Heidi in the Red Nose Day Countdown program.
Also during the 40 Hours of Red Nose Radio they passed by and sang the song 'Laughing Helps'.

Coca-Cola: Happiness starts with a smile

Gonzales (a division of Serviceplan Benelux) created with laughter coach Geert Van De Vijver a local market stunt in Antwerp metro for the Belgian "choose happiness" campaign of The Coca-Cola Company. With the insight "happiness starts with a smile", Gonzales turned moody subway faces into smiling ones!

On Monday, January 16, 2012, Blue Monday, Doctors of the World organized the biggest laughter session ever in Paradiso as a step-off for the campaign around Operation Smile. The organization thus broke the world record under the guidance of Geert Van De Vijver. Sven De Leyer of The Last Show was also represented!

Compilation of the television programmes where laughter coach Geert Van De Vijver has cooperated in.